Home Business 10 Questions to ask yourself before buying a franchise 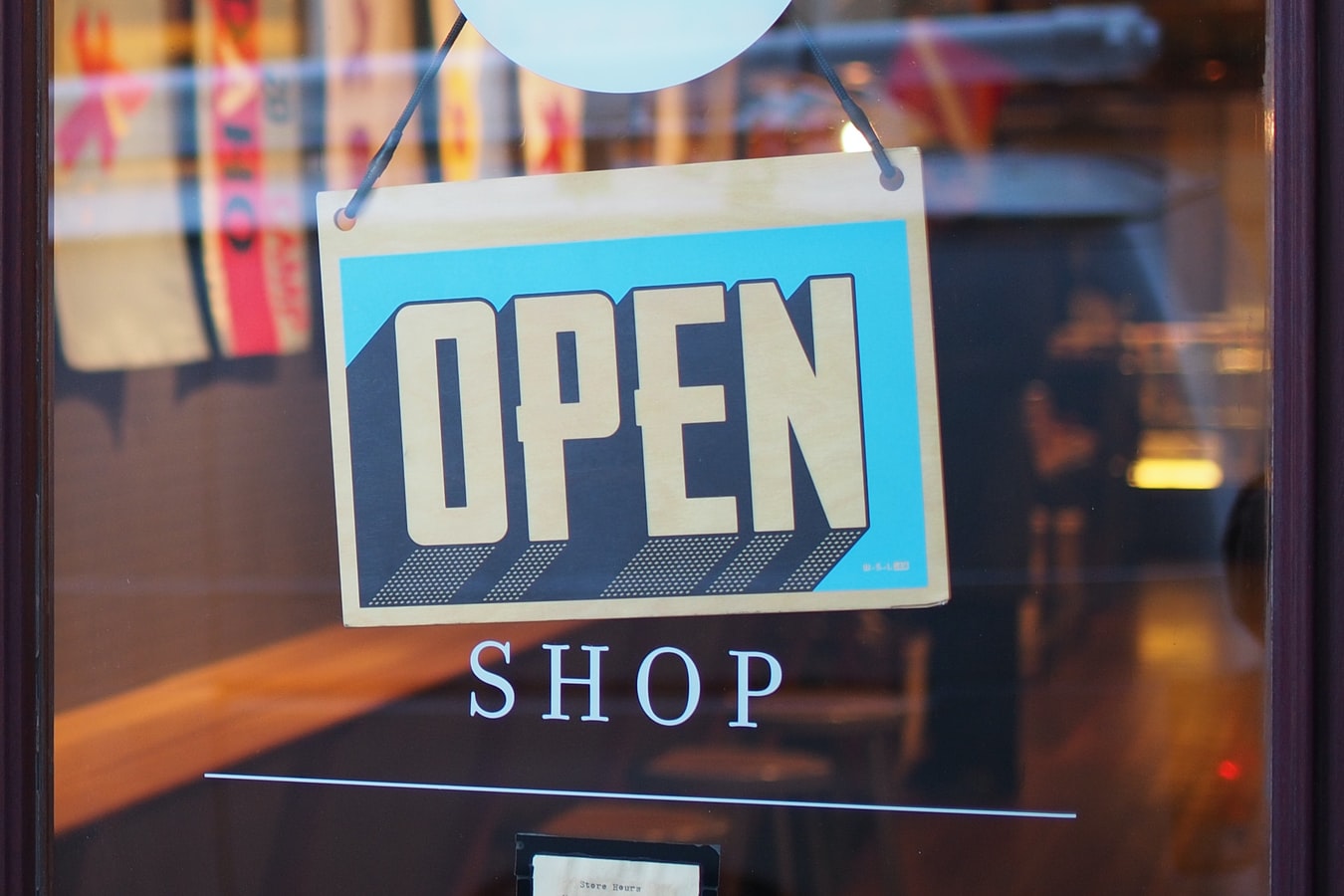 If you shop in almost any town or suburb in Australia today, and on many streets or in almost any shopping centre you will find a very large number of franchised businesses.

So accepting has the Australian public been of franchising, that international experts refer to Australia as the franchise capital of the world.

Franchising in a business sense is simply a method of distributing a product of service.  The franchise system, also known as the Franchisor, owns the rights to the name or trademark and, for a fee; the Franchise Owner is granted the right to do business under the Franchisor’s name.  In many cases, the Franchisor will also have a system for doing business that is shown to the franchisee through a structured training program.

The main reason that many franchises have been so successful is that a business synergy is created in franchising.  Franchise Owners brought together under one trademark or brand will achieve things, that as individual business people, they simply could not achieve.  Group advertising, buying power and the sharing of ideas are just some examples of what can happen.

There are many examples of successful franchises.  McDonalds, Subway KFC, Bob Jane T-marts, Harvey Norman and Muffin Break are all well known, highly successful franchise brands.  But simply buying a franchise is absolutely no guarantee of success.  Every year there are failures, both on the part of Franchisors and Franchise Owners.

Before buying a franchise, here are ten important questions that need to be carefully and thoughtfully answered:

1. Are you the type of person who is willing and able to take on the responsibilities of managing your own business?

You owe yourself and your family a very careful self analysis before buying a franchise.  Your personal house must be in good order.  One of the myths that has been perpetuated is that franchise ownership is easy.  While the franchise system will give the start up training and offer ongoing support, you, the franchisee, must be prepared to manage the business.  Franchising is more successful for more people than owning their own independent business, but YOU have to accept the responsibility of managing the business yourself.

While some franchises may lend themselves to absentee ownership, most are best run by hands on management.  Therefore, you must be willing to work harder than you have perhaps ever worked before.

Forty hour weeks are also a myth, particularly in the start up phase of the business.  They are more like 50 or 60, or in some cases, as much as 70 hour weeks.  You must also be willing to mop floors, empty the rubbish, dismiss as well as hire employees, and deal with upset customers.

2. Will you enjoy the work of the particular franchise?

A minority of people buy a franchise they think will make them a lot of money, without thinking whether or not they will enjoy the actual work the franchise owner does in the business.  The adage, “know thyself”, certainly does apply here.

You should buy a franchise that centres in an area that you will enjoy for at least five years, which is half the typical length of a franchise contract, and which will leave adequate time left on the agreement to allow you to sell it later, even if there is not an option for a further term. Determine your interests and types of businesses you might really enjoy.  You can visit the Franchise Council of Australia’s web site.  There you will find a listing of the types of franchises available today.  You can then search those categories and locate the franchise companies that meet your criteria.

3. Are you willing to completely follow the franchise system?

The key to franchising success is the consistency of the product and service customers find from one franchise to another.  When you display the sign and brand of a franchise, you are indicating to customers that you follow that particular system.  People who are extremely entrepreneurial in the sense that they do not like to conform to a predetermined formula should be very careful about buying a franchise.

There would appear to be little point in purchasing a McDonalds franchise and then deciding you did not wish to sell a core product such as French Fries!

4. Do you have a personal history of success in dealing with people?

Most franchised businesses are based on human interaction.  Your personal ability to interact well with your franchisor, other Franchise Owners, your employees and your customers cannot be emphasised enough.  A negative, critical, carping Franchise Owner can be a detriment to the entire franchise system.  You must have a track record of good relationships with employers, supervisors and fellow employees or you could be wasting your valuable time, energy and money – and perhaps that of your fellow Franchise Owners and Franchisor.

5. Can you fund the franchise without stretching your resources too far?

One of the major causes of business failure is lack of adequate capital.  While the Franchisor will be able to give you a good idea of the start up costs, sometimes these may vary due to leasehold improvement needs and other costs.

You will need enough money to not only open your franchise, but to run it until such a time as it s profitable.  For some franchises, that may be a few weeks, and for others it may take a year.  Remember, it is better to start out with more money than you think you will need, rather than less.

6. Have you carefully studied the legal documents?

Franchisors are required to prepare a Disclosure Document under Australia’s compulsory Franchise Code of Conduct.  This document will give you pertinent information about the franchise.  It will also contain the Franchise Agreement that you will sign.  The majority of the document should be capable of being read by most people contemplating a franchise purchase.  Read it yourself.  Do not rely solely on your legal advisor.

This Franchise Agreement will govern your relationship with the Franchisor for the term of the contract.  The Disclosure Document is a vital document.  It should be studied very carefully and discussed with a solicitor who has expertise in franchising.  The Franchise Council of Australia can give you a list of legal firms who are members of the FCA.

7. Does the franchise you are considering have a track record of success?

You should obtain information about the principal directors of the company, their business backgrounds and how profitable their franchise has been.  The offering circular will contain this information.  However, for new Franchisors this information is much less available, so you have to balance to – generally lower cost to purchase from a new Franchisor, with the higher risk of failure.  A new start up franchise may offer you the opportunity to get in on the ground floor, but it might also mean that the franchise has not had sufficient experience to fully develop the system.

Have an accountant review the financial analysis of the franchise.  Is it a solid company?

8. Are the Franchise Owners generally happy and successful?

The Disclosure Document will contain a listing of all the Franchise Owners.  It would be worth your time to contact a number of them to discuss their experiences with the franchise.  Our rule of thumb is 10% of the owners or a minimum of 10.

Has the Franchisor followed through on commitments?  Did the Franchise Owners receive adequate training?  Would they buy the franchise again?  Is the business profitable?  What advice would they give you?

9. Do you like the franchise’s staff with whom you will be working on a regular basis?

One of the most important elements of a franchise is the ongoing support and contact you will have with the Franchisors main office.  For this reason, you should feel comfortable with the people you will interact with for a number of years.

10. Do you have your family’s genuine support?

Managing a franchise is a full-time job and sometimes your new business will make demands on your time that your family might resent.

It requires sacrifices of personal and family time.  Your family should understand that you will have tremendous demands on your time.  They should be genuinely supportive of your decision to buy a franchise.  You must tell them it is all right for them to say NO when you ask can or will they support you.

Buying a franchise is not a guarantee of success.  By carefully evaluating yourself and the franchise you desire to purchase, the changes of success become greater.

Futures Trading Basics: Everything You Need To Know Before You Begin

What You Should Know About Getting Braces in Canada

The Most Effective Equipment to Use for Fleet Management

How To Stay Mentally Tough On The Golf Course

The Increasing Popularity of Online Gaming

Want to Invest in Real Estate? Here’s What You Need to...